Zufari: Ride into Africa is an off-road safari trail jeep ride. Located in the theme park within a 22-acre site landscaped to look like an African reserve. It is home to animals such as giraffes, southern white rhinos, ostriches, blesbok and more.

The ride trucks can hold 30 guests at one time, providing views of the animals from both sides. There are six trucks in total. Each truck features an audio system that allows the driver to trigger sound clips based on what the guests can see at that time and the core story.

The ride featured an extensive backstory opening video that has since been retired. The video covered the story of the discovery of the area and the family. The preshow room has long since been empty of any such video. With the room now used as part of a photo opportunity. However, it doesn’t always have a host, so you may not be able to get those snaps!

The ride takes guests through the terrain of the Zufari reserve and shows the animals that it houses. With commentary from the Van-Driver family, a team of A.C.R.E researchers. Towards the end of the ride, a tree blocks the path forcing the truck to take a separate route. Traversing through a “dangerous cave”, a water effects feature, including the vehicle driving through a waterfall. Beware, even though the trucks have a roof, you may still get a soaking!

Could Jumanji Ride Into Africa?

Today at approximately 08:30 am, Chessington World of Adventures had to call the emergency services. Following the breakout of…

We were fortunate enough to be invited along to the preview night for Zufari: Ride Into Africa! The new…

You’re Having A Giraffe

You’re Having A Giraffe! With the opening of Zufari: Ride Into Africa! opening only a few months away. Chessington…

New For 2013: Zufari Ride Into Africa

Ride into the heart of Africa on Zufari, New for 2013! Alongside the release of the ride’s logo and… 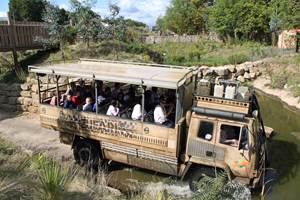 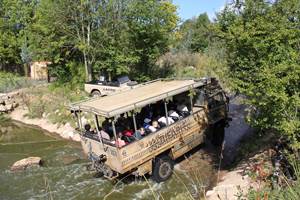 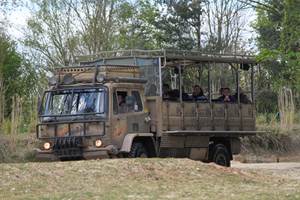 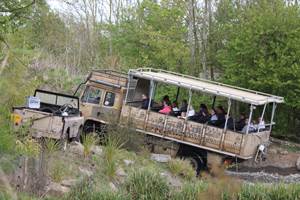 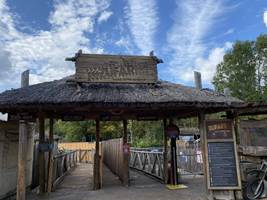 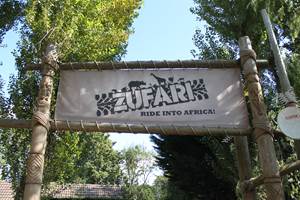 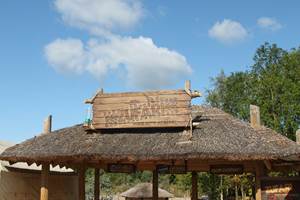 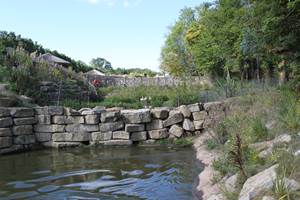 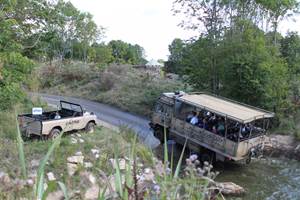 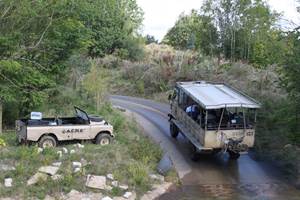 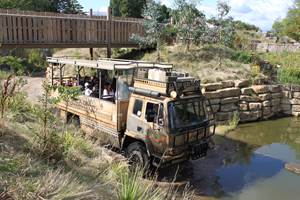 Zufari: Ride Into Africa | Feature | The Giraffe's Arrive at Chessington