Stepping into the wondrous land of Wild Asia, you’ll soon notice something serpentine dominating the area. Its two tall and imposing Kobra heads stand proud at either end of the land. The fearsome structures strike fear into riders as they move through the area and witness the legendary tale of Kobra, the biggest you’ve ever seen!

Wild Asia opened in 2010 and replaced Beano land. Although other rides received a retheme Kobra was a purpose-built multi-million-pound attraction to complement the new themed area. Taking the place of several walkways and paths towards the old Dragon Falls water ride.

Manufactured by Zamperla this Disko ride features the humped middle to give riders a feeling of airtime. With two elevations that facilitate the rise and fall aspect of this ride. The ride vehicle features large figureheads and the elevations feature large Kobra heads. These are illuminated with green lighting after dark and during the Howl’O’ween events.

The ride has a height restriction of 1.2m and can seat 30 guests who sit facing outwards. Holding handlebars a padded restraint rises and settles on rider’s backs to secure them into the seat. The addition of Land of the Tigers means riders in the queue can see into the tiger enclosures nearby. 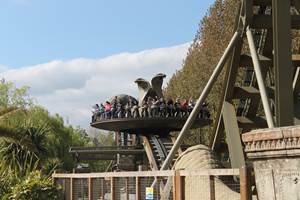 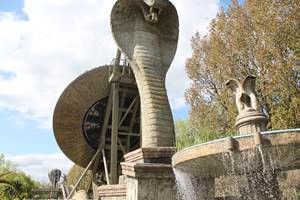 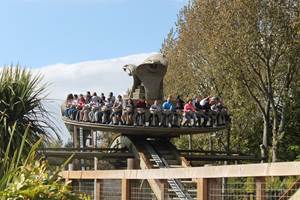 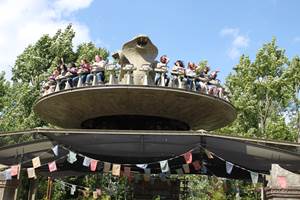 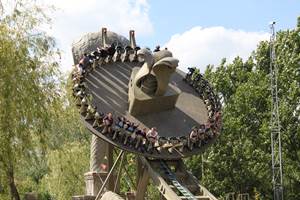 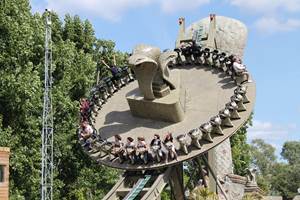 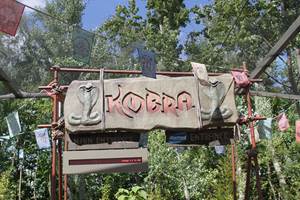 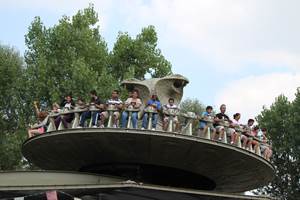 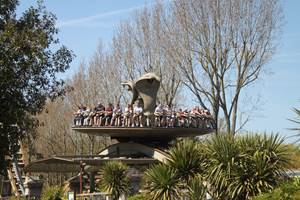 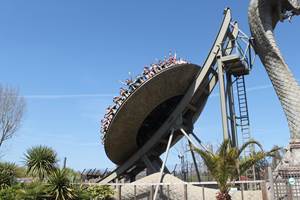 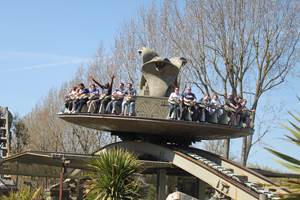 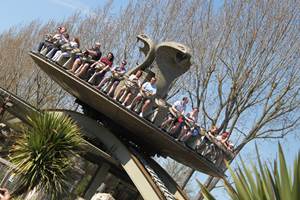 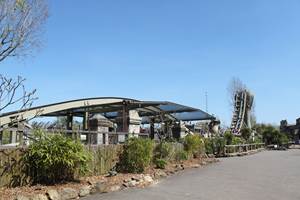 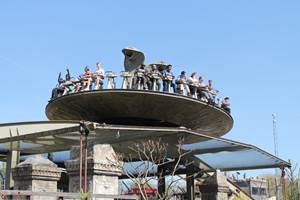 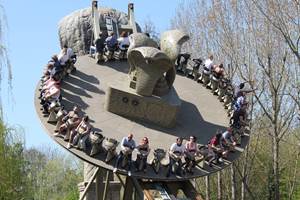 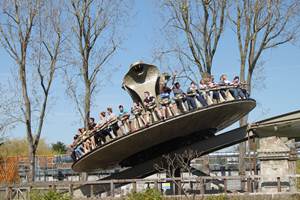 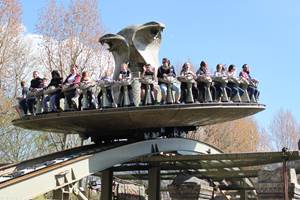 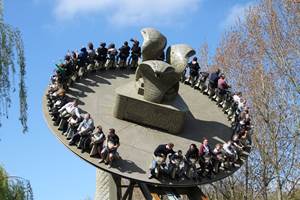