The name of this wacky fun-house style attraction delivers everything it says on the tin. With its larger-than-life play equipment allowing kids to run riot creating… well… a Temple Of Mayhem. Children young and old will start to resemble the out-of-control feral monkeys that rule the roost in many ancient temples.

The concept of the Temple of Mayhem is exactly that, a ruined temple where monkeys reign supreme and create havoc. Themed to the hilt on the exterior to pay homage to the temples of South-Eastern Asia, this rethemed attraction sits happily as the backbone of Wild Asia.

The Millennium Dome was the first place to call the Temple of Mayhem home. Opening for the year as part of the Millennium celebrations, the attraction was one of the featured attractions. It opened up its doors as Timekeepers of the Millennium, but of course, some master planning was at works here.

Of course, you can’t simply move Timekeepers of the Millennium to Beanoland and expect it to fit in. Chessington had bigger plans for Timekeepers. The creative team at the park had worked hard on the theming, and Dennis’ Madhouse was born. What more perfect attraction could there be for Dennis the Menace than an attraction where guests shoot each other with air-powered foam ball launchers?! 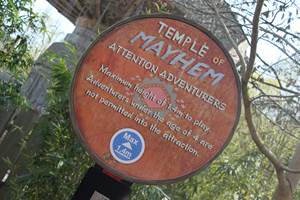 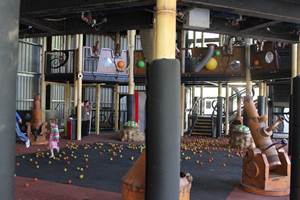 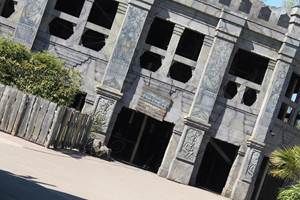 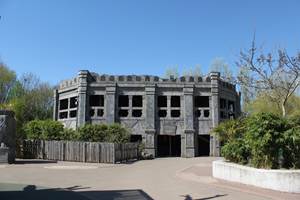 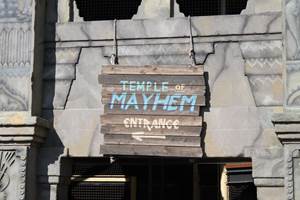 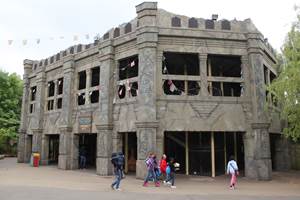 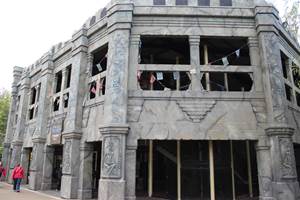 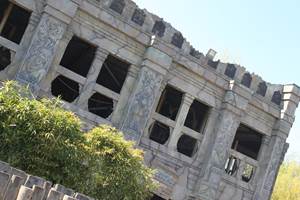 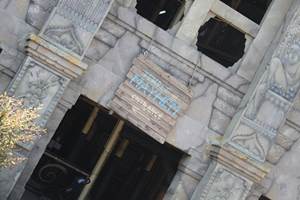 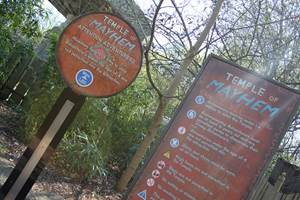